MetaMundo has launched its second 3D NFTsin a villa next to the sea, NFTs Galleries, meditation pavilions and entertainment areas. Designed by American architect and hybrid creative Luis Fernandez, the structure will be an immersive space to meet, play and relax. Through this project, the architects aim to explore the changing paradigm of building in the metaverse. As the laws of physics become meaningless and materials are reduced to surface images, he asks the question of what architecture means to the Metaverse, how we experience it and how we use it. asks. 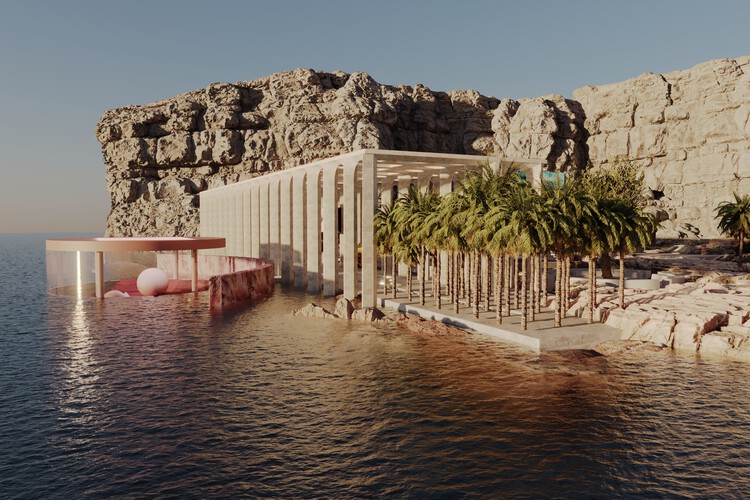 The architecture built for the metaverse seems to split into two different approaches. Take full advantage of the lack of constraints such as physics to create explorable sculptural objects, or Repeating familiar architectural shapes and forms. According to architect Luis Fernandez, his approach is based on what the architecture can offer in the metaverse rather than on the shape of the final object. From this question, spaces designed to be experienced virtually are freed from some of the constraints found in the physical world, such as humidity control and exposure to natural elements, yet still allow people to feel immersive. For Luis Fernandez, one of the main uses of the Metaverse is meditation.

The architect also discusses references to architectural history and theory. Upon entering the villa, users are teleported to a main entrance that recalls the columns of ancient Greek temples. Other inspirations for the villa are Frank Lloyd Wright’s relationship between architecture and landscape, Mies van der Rohe’s interior pillar shapes, and the use of materials such as marble and natural stone.

Stick to Familiarity in the Metaverse: Are You More Likely to Accept a Familiar Architecture?

According to the architect, he takes cues from mid-century modern architecture as a way to understand the work of masters like Le Corbusier. He talked about how modern life is conducted. ” and Metamundo interview with Luis Fernandes expresses his opinion that we are at a similar point today, when traditional architecture is being challenged by the evolution of virtual worlds.

At the end of the day, I think these spaces in the Metaverse look a lot like set design, like a theater or movie set. They all tell a story. – Luis Fernandez

3D NFTs Villa is sold as a limited edition of 100 created by MetaMundo. This object is optimized for use across the metaverse on platforms such as Spatial, Decentraland, and Cryptovoxels. MetaMundo will also update his NFT post-sale to optimize it for the mature new version of the metaverse.

Find Out How Gooodfellas NFT Staking Works on BNB Chain