Bitcoin Price Prediction as BTC Jumps Above $17,000 – How Much Higher Can it Go?

Why Avalanche’s noteworthy NFT performance may do nothing for AVAX

avalanche [AVAX]the same as Cardano and Solana have seen steady growth with growing interest in the NFT market.According to a tweet posted by the analytics firm, Messari on November 5th, avalanche‘■ NFT performed well in the third quarter.

NFT sales recovered at the beginning of Q3.

This rebound represents a 180% increase from the lows at the end of Q2. pic.twitter.com/CW45eVwGVB

According to Messari’s report, Avalanche’s NFT sales increased 180% last quarter.but despite this The current state of the NFT market has not been remarkable.

According to data provided by AVAX NFT Statistics, Avalanche NFT sales down 28% over the last 7 days. Correspondingly, NFT market cap also decreased by 1.47%.

AVAX NFT’s top five collections in the market also experienced volume declines despite some growth towards the end of October. You can see the same in the chart below.

In addition, the number of buyers and sellers has also decreased in recent months. So it shows that interest in Avalanche NFTs is waning. 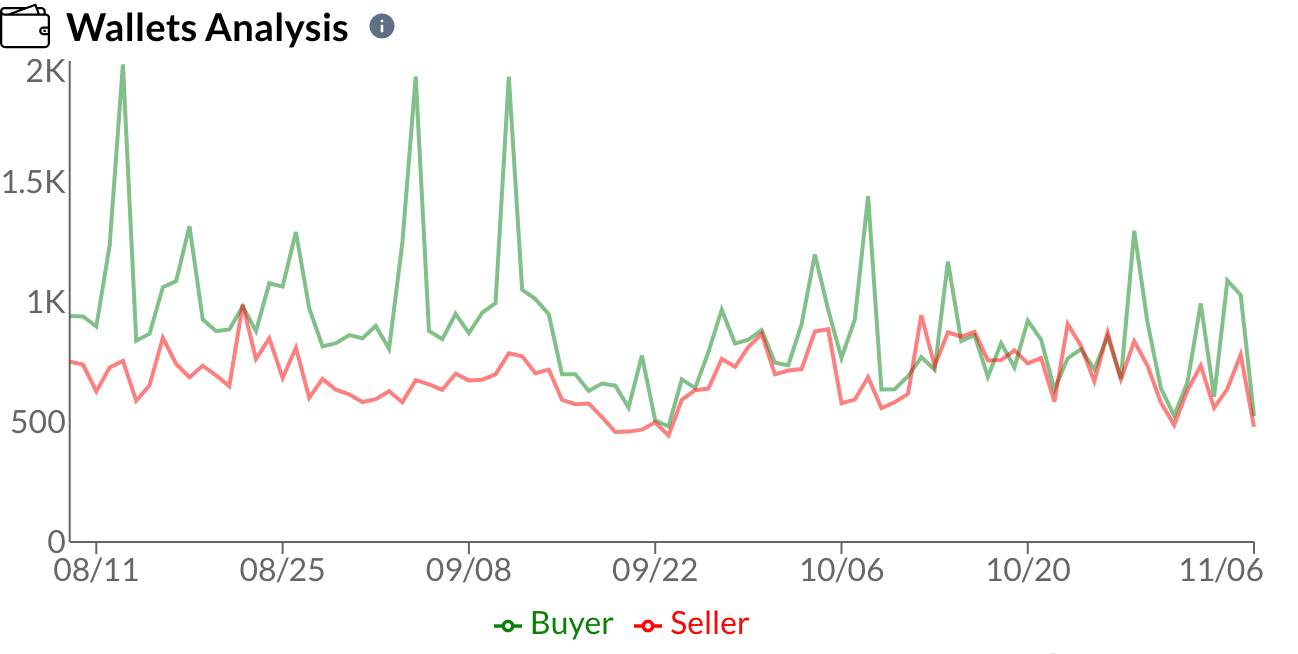 AVAX is going through a drastic decline

Weighted sentiment for Avalanche dropped as well. This shows that the crypto community has an overall negative outlook on his AVAX. Avalanche development activity plummeted during the same period. This also indicated that Avalanche’s development team was not contributing consistently to his GitHub.

This could mean that new updates and upgrades will not reach the Avalanche Network in the near future.