We will discuss two of the most important consensus mechanisms, Proof of Work (PoW) and Proof of Stake (Pos).

Proof of Work and Proof of Stake are two different mechanisms used to verify cryptocurrencies. Both are integral components of blockchain technology and security. In many ways, it helps incentivize good actors and ensure users are honest in their transactions. Very difficult and expensive for villainsIn this way, these consensus mechanisms reduce the likelihood of fraud such as double spending.

Decentralized blockchains such as Bitcoin and Ethereum require computers to “prove” their presence in the network in order to validate transactions, and PoW and PoS are the most prominent consensus mechanisms and blockchain technologies. and a key component of how it works. The big differences between them are transaction fees, efficiency, and speed.

Mudrex CEO and co-founder Edul Patel explained the difference between the two mechanisms by saying: PoS uses randomly selected miners to verify and add new blocks to the blockchain. “

Proof-of-Work requires that when a transaction is added to a particular blockchain network, other computers in the network must validate and approve the transaction before a new block is created and entered into the blockchain. there is. You need a computer to solve cryptographic puzzles, putting in “work” to get rewarded for your ability to validate transactions on the blockchain. This is called cryptocurrency mining and is similar to competition. Proof-of-Work provides a way for blocks to remain “trustless”. This means that no third party is required to validate or manage transactions.

trend
Everything You Need To Know About NFT Derivatives

Proof-of-Stake relies on validators owning coins associated with the blockchain. In PoS, validators are randomly selected based on the number of coins locked up in the network. This is also called staking. Staking replaces mining as the consensus mechanism for Proof-of-Stake blockchains. A stake is a fixed amount of money committed to the blockchain by validators to participate in block creation and verification.

In Proof-of-Work, crypto transactions are verified by mining. In Proof-of-Stake, validators are selected based on a set of rules according to their “stake” on the blockchain. In both cases, cryptocurrencies are designed to be decentralized and decentralized. This means that transactions can be seen and verified on computers all over the world.

The function of both these mechanisms is to validate transactions. Proof-of-Work allows consensus on additional blocks by requiring network participants to expend significant computational resources to generate new valid blocks. Proof-of-Stake, on the other hand, uses less energy compared to PoW, but it does the same work because it was created as an alternative. However, Proof-of-Stake requires participants to stake cryptocurrencies in the form of collateral in order to add new blocks to the digital ledger blockchain.

The Proof-of-Work consensus mining process is energy intensive as it requires a lot of power and other resources to validate transactions, create new tokens and add new blocks to the network. As far as Proof of Stake is concerned, Amit Nayak, his CEO and co-founder of Sahicoin, said: Unlike PoW, participants are randomly selected to wager a fixed amount of cryptocurrency and validate transactions in a PoS system. “ 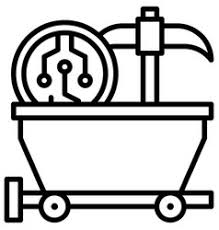 Proof of work requires a large amount of energy to validate a transaction. Blockchain is less green than other systems because the computers on the network consume a lot of energy and have to do a lot of operations.

Some other cons include 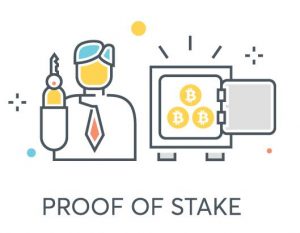 Besides, Proof-of-Stake provides an opportunity to win more crypto. You can lock your coins into the liquidity pool and receive rewards in the form of more coins. This will increase your chances of earning passive income.

The main problem with Proof of Stake is that it usually requires a huge initial investment. To qualify as a validator, you must purchase enough native tokens for that cryptocurrency. This usually depends on the size of your network.In theory, people should be wealthy or earn enough money to buy shares in the network, leading to an exclusively rich blockchain. This problem can get worse

Proof of stake and proof of work each have their strengths and weaknesses. Each system has its strengths and weaknesses, and it ultimately comes down to your perspective as to which one you consider to be better. However, experts are of the opinion that Proof of Stake is a better and more efficient way to operate a blockchain network. This is probably why Ethereum is moving from his traditional PoW to PoS consensus mechanism through the Ethereum 2.0 upgrade. “Both proof of work and proof of stake are mechanisms used to validate transactions across these networks,” said CFP and co-founder of Interaxis, a company that educates financial advisors about crypto assets. CEO and President Adam Blumberg said. “But for the financial system, proof of stake works better.”

Recommended: Node for Node: Which Chain is the Most Decentralized?

What Is the CryptoTab Browser? Is It Safe to Use?

Ethereum Reduced its Emissions by 99%. But that 1%?